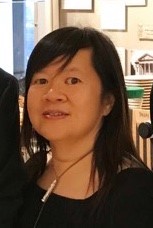 September 2018… Healthy NewsWorks is pleased to welcome Betsy Lee as a new member of its board.

Betsy is director of program and operations for the Asian American Chamber of Commerce of Greater Philadelphia, which works to build relationships between Asian American and non-Asian communities.

Previously, she was a TV production executive producing programs for Nickelodeon, MTV Asia, USA Network, and Disney Channels Worldwide. She helped launch MTV Asia in Hong Kong and Singapore and worked on the rebranding of Disney Channel, Disney XD, and Disney Junior.

Betsy is a graduate of Temple University where she majored in radio, television, and film.

“I love that Healthy NewsWorks empowers kids to become confident communicators while learning about health,” said Betsy. “I hope to help Healthy NewsWorks raise its profile and mission to lead to more supporters, grants, and donors.”

Marian Uhlman, executive director of Healthy NewsWorks, said, “I am thrilled that Healthy NewsWorks will benefit from Betsy’s deep knowledge of film and communications. Her skills will make a big difference to our students as they learn to take their articles and adapt them to multimedia platforms.”