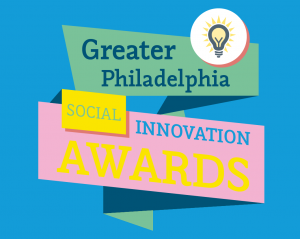 January 2018 … In a communitywide vote, Healthy NewsWorks was recently selected as one of the Greater Philadelphia Top 2018 Healthy Community Innovators in a contest organized by Social Innovations Journal.

The awards are intended to celebrate social entrepreneurs who are “reshaping our neighborhoods and communities and whose ideas are inspiring people around the world,” Journal Cofounders Nicholas Torres and Tine Hansen-Turton said in a letter to readers.

“Being chosen for the Social Innovations Award is a high honor for Healthy NewsWorks,” Marian said. “It really gives credit to the elementary and middle school student journalists who are showing how fact-based reporting on health can help build healthier communities.”

Marian, a former health reporter for The Philadelphia Inquirer, elaborated on Healthy NewsWorks’ goals and process in an article published by the Journal.

First place in the category went to Dr. Tyra Bryant-Stephens, founding medical director of the Community Asthma Prevention Program at Children’s Hospital of Philadelphia. (Dr. Bryant-Stephens was also honored as a health leader by Healthy NewsWorks in 2013 and was featured that year in Leading Healthy Change In Our Communities, the program’s book series about individuals who are making the Philadelphia region healthier and safer.)

The Journal, an online publication and knowledge lab that seeks to chronicle social innovations and enterprises, said it received 300 nominations for the awards. More than 4,500 Philadelphia residents participated in the voting. To learn more about the awards, visit the Journal’s website.