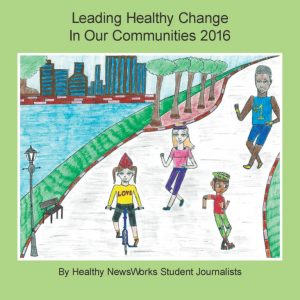 March 2016…A top science educator, a former Philadelphia health commissioner, and an anti-hunger advocate are among 12 health leaders interviewed by student reporters this year for Leading Healthy Change In Our Communities. The reporters, ages 8 to 14, serve on their school health newspaper staffs as part of the Healthy NewsWorks student media program. The book features health leaders who are working to make the Philadelphia area healthier and safer for children and families. They are:

The book is the fifth in a series and will be publicly released at a book-signing event on May 24.